Buna Animal Hospital is operated by husband and wife team: Dr. Dennis Foster and Dr. Kim Roberts Foster. Kim and Dennis met at Texarkana Community College in 1985 and have been happily married since 1989. They have three children: son Kevin was born in 1995 and three years later, in 1998, they were blessed with twin girls, Sarah and Shelby. The Fosters are active members of First Baptist Church Buna where they teach in the youth department. They enjoy spending all their “spare” time with their children. They strive to make their practice family friendly and their children can often be found at Buna Animal Hospital. 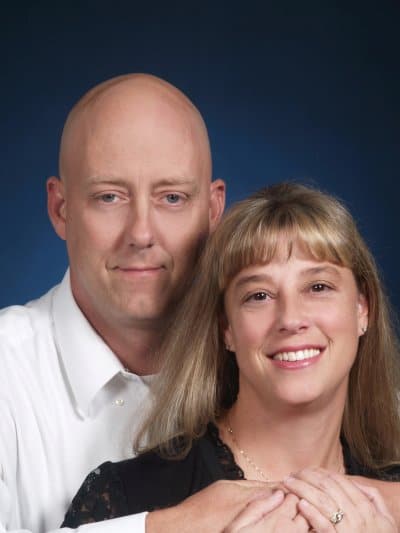 Dr. Kim is a 1992 graduate of Louisiana State University School of Veterinary Medicine in Baton Rouge, LA. Dr. Kim planned to focus on small animal medicine and surgery and also had a special interest in exotic pets. While at LSU, she did an elective rotation focused on exotic and lab animal medicine. She earned an Associate of Science degree from Texarkana College in 1987 before transferring to the University of Arkansas to pursue a double major in microbiology and zoology.

Dr. Kim grew up on a small family farm in Genoa, Arkansas where she collected stray cats and dreamed of being a veterinarian. She is a 1985 graduate of Genoa Central High School. She joined 4-H at the age of nine and was an active member for ten years. She enjoyed raising livestock projects and showed cattle, pigs, sheep, goats, and chickens. After graduating from LSU, Dr. Kim worked at Edwards Veterinary Clinic in Hot Springs, Arkansas and ran a small satellite clinic owned by Dr. Edwards in Hot Springs Village, AR. When she moved to Buna with her husband, she realized a lifelong dream to be a veterinarian living in a small town working on all types of animals.

In addition to her medical duties, Dr. Kim is the office manager for Buna Animal Hospital. When she isn’t at work, Dr. Kim enjoys spending time with her children: Kevin, Sarah & Shelby, her husband, and her animals as well as reading and photography. She and Dr. Dennis are active members of Buna First Baptist Church. After teaching in the youth Sunday School Department for 23 years, they recently started a sabbatical from teaching to join the adult Sunday school class and allow time to travel to some of their daughter’s college track meets.

Dr. Dennis is a 1992 graduate of Texas A&M School of Veterinary Medicine. He earned his Bachelor of Science degree from Texas A&M in 1989 and attended Texarkana College before transferring to Texas A &M to major in biochemistry. Dr. Dennis spent his early years in Washington DC and Germany while his father was in the US Army. After his father retired from the Army, the family returned to his father’s hometown of Maud, TX where Dennis graduated from Maud High School in 1985. During high school, Dennis was active in FFA and worked on a dairy farm.

After graduation from veterinary school, Dr. Dennis worked as a solo practitioner at Glenwood Animal Hospital in Glenwood, AR which was owned by Dr. Edwards in Hot Springs. In 1993, he and Dr. Kim relocated to Buna Animal Hospital in Buna, TX. Dr. Dennis enjoys working with livestock and doing small animal surgery. He does most of the orthopedic procedures at Buna Animal Hospital. Dr. Dennis is a devoted family man and enjoys fishing and water sports with his children, target shooting and woodworking. He is a very active member of First Baptist Church Buna, with a special heart for international missions. Until recently, he has also enjoyed working with the youth at First Baptist Church, temporarily retiring from teaching in the Sunday School Department after 23 years. 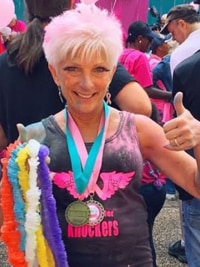 Valerie Moss joined the staff at Buna Animal Hospital in January 2004. She has been involved with 4-H since her children were young and enjoys working with both small and large animals. Valerie and her husband, Denney, have been married since 1978. They have three children: Trevor Moss, Jordan Moss Jones, and Logan Moss.

They also have grandson Cameron & granddaughters Bristol, Riley & Rigby. The Moss family includes three dogs and two cats. In her spare time, Valerie enjoys working in the yard, reading, and swimming. Valerie also enjoys attending high school athletic events, but has been adjusting to an empty nest and suffering a little bit of sports withdrawal since her youngest daughter, Logan, graduated in 2011. 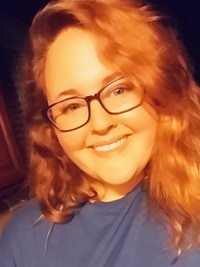 Alaina joined our team in July 2018. She is a 2015 honor graduate of Westbrook High School in Beaumont where she spent four years in FFA raising goats, chickens, rabbits, pigs and horses for show. She competed for the Bruins on the varsity volleyball and varsity powerlifting teams. Alaina is dog mom to a chocolate lab named Bailey. Her hobbies include working on cars and going to local car shows. 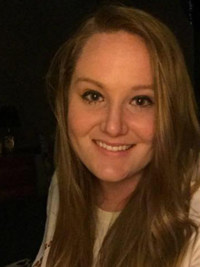 Lillie joined the Buna Animal Hospital team in February 2018 and is “dog mom” to Blanche Devareaux and Margaret Thatcher. According to Lillie, her talents include taking naps that last longer than 14 hours and being emotionally distant. Lillie’s favorite color is black and she has a wicked sense of humor. 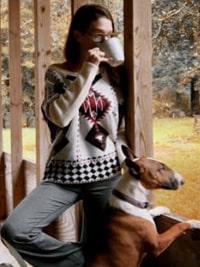 Logan has been hanging around our office since her mother joined the team in 2004 and officially joined the Buna Animal Hospital family as receptionist in October 2018. Logan says she is the favorite of Valerie’s three children and she recently returned to Buna from Louisiana. Logan and her “dazzling daughter”, a bull terrier named Kesha, enjoy spending their time eating and taking long sweaty walks on the beach. Her favorite foods are tacos and pizza. 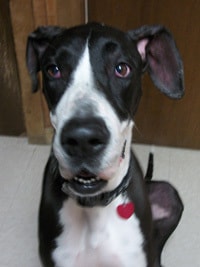 Lila joined Buna Animal Hospital at the age of 5 weeks in February 2014. She has grown up in the clinic and loves interacting with the patients but she isn’t afraid to show her tough side after hours. Lila lives at Buna Animal Hospital and takes her job as a security officer seriously. She brightens every day with her quirky personality and she can be a bit of a clown. 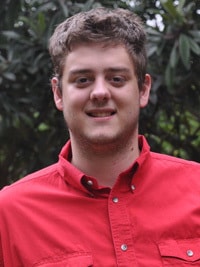 Kevin is the son of Dr. Kim & Dr. Dennis Foster and spent his early years doing yard maintenance and computer repairs for Buna Animal Hospital. He is a 2013 honor graduate of Buna High School and 2017 honor graduate of Lamar University where he received a Bachelor of Science degree in Computer Science.

Kevin was employed as a tutor and computer technician by Lamar. Upon completion of his degree in May 2017, Kevin accepted a position in Houston as a computer programmer for a business software developer. In September 2018, Kevin moved to Austin to begin a new job in the same field, focusing on computer gaming. 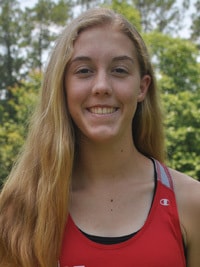 Sarah is the daughter of Dr. Kim and Dr. Dennis Foster. She is a 2016 honor graduate of Buna High School, currently majoring in biology at Lamar University. Sarah plans to pursue a career in medicine and wants to become a surgeon. Sarah is an accomplished athlete and is currently a member of the Lamar Cardinal Cross Country team and Track team.

Sarah is also a volunteer track coach at Kelly High School in Beaumont. Sarah may still be found working at Buna Animal Hospital when she has time between her other commitments. 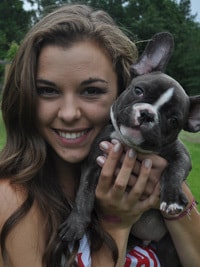 Shelby is the daughter of Dr. Kim and Dr. Dennis Foster. Shelby is a 2016 honor graduate of Buna High School and attends Lamar University with her twin sister, Sarah. Shelby is pursuing a double major in business management and marketing. She is employed by Lamar University as a certified lifeguard, swim instructor and does first aid for intramural athletics.

Shelby continues to work for Buna Animal Hospital as a veterinary assistant whenever possible and enjoys raising orphan animals. She is a talented painter and artist and an accomplished athlete. 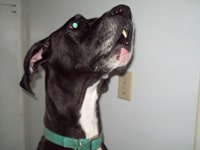 The Buna Animal Hospital family is grieving the loss of our beloved Lucy, who passed away November 5, 2013, at the age of 9 years 11 months and 2 days. Lucy joined the practice in January 2004 at the age of 5 weeks. She was raised in the clinic and guarded the office 24 hours a day. She greeted visitors during the business day and showed her tough side after hours. Her favorite daytime activity was protecting the rest of the staff from the UPS man. She will be greatly missed. 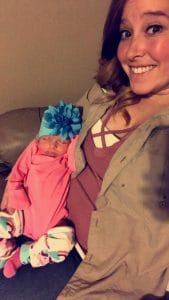 Ashley is a native of Washington State and joined our team in December 2016 as a veterinary assistant. In October 2017, she married Daniel Hancock. The newlyweds were blessed with a human sibling for their canine clan on September 18, 2018. Ashley plans to stay home with her daughter for now but plans to be available for part-time work as Addie gets older. Congratulations, Daniel and Ashley on the arrival of Addison Lou “Addie” Hancock.

Jessica Peveto joined the Buna Animal Hospital team in May 2015. She married Colby Howell in 2017 and in February 2018 she left our team when she and Colby were blessed with their daughter, Payton. Jessica is currently enjoying her time with Payton while operating a pet sitting service from her home. 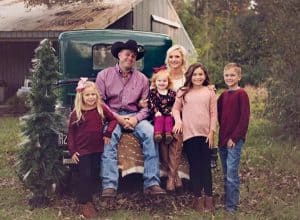 Jordan joined Buna Animal Hospital as a receptionist in December 2011 and was employed in that position until July 2015 when her daughter Bristol was born, joining older brother Cameron. After some time as a stay at home mom, Jordan returned as our receptionist in February 2017. In late 2017, Jordan married Casey Jones adding Casey’s daughters, Riley and Rigby to her growing family. In June 2018, Jordan made the decision to stay home on the farm with the children. 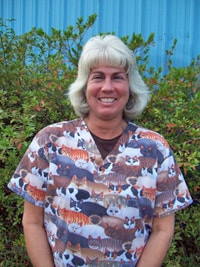 Pamela Matkin joined our staff at Buna Animal Hospital in April 1996. Pam and her husband, Bobby, have been married since 1979 and have two children, Justin and Krystal. They also have six grandchildren. Pam has been working with animals most of her life, having been around veterinary hospitals as a child. She was also involved in 4-H and horse events. In December 2011, Pam retired to spend more time with her grandchildren and to act as office manager for B&P Pump Services, which she co-owns with her husband. Pam can still be found at Buna Animal Hospital occasionally, filling in when someone takes a vacation or sick day. 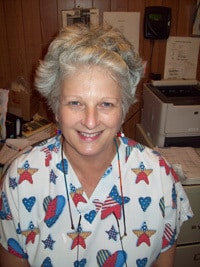 Cindy Charlton worked full time as the receptionist at Buna Animal Hospital for three years. Cindy loves animals and her family includes several dogs and cats. She also shares her home with her husband, Phillip, and granddaughter, Kate. Cindy’s hobbies are gardening, making pottery and sculpting faces. Cindy decided to retire but will continue working on occasion to fill in for other staff on vacation days, sick days etc. 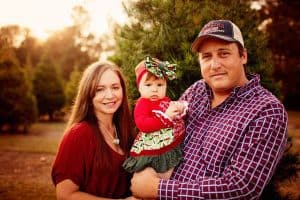 Amy has been married to her husband, Algie, since September 2005. Her wedding was relocated by Hurricane Rita at the last moment but continued as planned a little further north. Amy enjoys horses and barrel races in her spare time. She and Algie have a small farm and she left Buna Animal Hospital to care for the horses on her parents’ farm. On February 1, 2017, prayers were answered when Amy and Algie welcomed their daughter, Sadie Marie to the family. Amy is enjoying her adventures with Sadie. 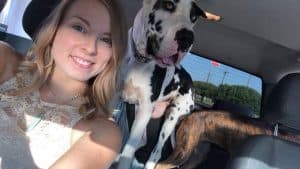 Summer joined the staff as a kennel assistant in August 2011 and was promoted to technician trainee in July 2012. She loves working with animals and says her coworkers are like family. Summer has horses and what some of her friends call her “mini horse”, a Great Dane named Marley. In her spare time, summer enjoys riding and training horses with her family. Summer left Buna Animal Hospital in November 2016 to pursue other opportunities and after some time outside the veterinary field, she recently began working toward her veterinary technician certification. Summer is currently employed in the veterinary field. 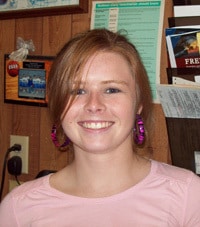 Ashley joined the staff of Buna Animal Hospital as a kennel assistant and custodian in summer 2007. She married her husband, Randy, in June 2011. Ashley continued to work for Buna Animal Hospital until July 2012, when she and Randy welcomed their beautiful daughter, Autumn home. Ashley and Randy welcomed son Kaden to the family in July 2018, added second son, Eric to their brood in 2017 and daughter Willow in 2018.

© 2020 Buna Animal Hospital. Designed & Managed by ViziSites. Terms of Use.